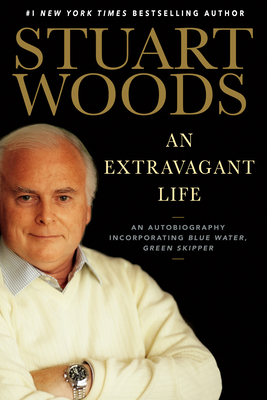 
Not in stock. At Our Partner Warehouse: Usually Ships in 4-7 Days.
The #1 New York Times bestselling author of the Stone Barrington series tells the story of his own life from childhood to the present, and chronicles the journey that made him the writer he is today.

Over the last forty years, Stuart Woods has written more than ninety novels of suspense and intrigue, beginning with the award-winning Chiefs. Featuring iconic crime-fighting and jet-setting leads, the plots are masterfully conceived and wonderfully escapist.

What many readers don’t know is that Woods's very own life was filled with similar stories of adventure. Born in Georgia, Woods worked in advertising in New York, served in the US Air Force, and had a short stint as an advance man. At the age of 37, he found himself in a transatlantic sailing race, and pursued writing as a full-time career shortly thereafter. Along the way, Woods has lived all over the world, from New York to London, Santa Fe to Ireland. Incorporating his iconic sailing memoir Blue Water, Green Skipper, this is the story of a life well-lived, and a special inside look into the beloved author’s many exploits.
Stuart Woods is the author of more than eighty-five novels, including the #1 New York Times-bestselling Stone Barrington series. He is a native of Georgia and began his writing career in the advertising industry. Chiefs, his debut in 1981, won the Edgar Award. An avid sailor and pilot, Woods lives in Florida, Maine, and Connecticut.
"This is, in the main, a sailor's memoir. And it's a good one, too, with plenty of adventure." —Booklist