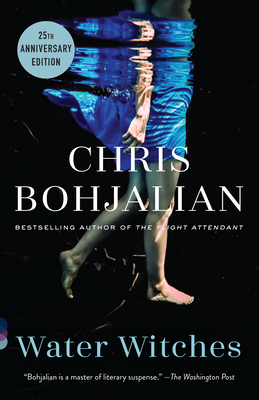 
On Our Shelves Now
From the bestselling author of The Flight Attendant—Patience Avery is a dowser, a “water witch.” Her natural gifts enable her to locate lost items, missing people, and aquifers deep within the earth. This last skill is more in demand than ever, as her home state of Vermont is in the grip of the worst drought in years. Patience knows better than most that this crisis is only the start.

25th Anniversary Edition, with a new note from the author

Yet Patience’s opinion means little to her brother-in-law, Scottie Winston. Scottie’s spent the long, dry summer lobbying for permits to expand Powder Peak, a local ski area that’s his law firm’s biggest client. The resort is seeking to draw water for snowmaking from the Chittenden River, despite opposition from environmentalists who fear that the already weakened waterway will be damaged beyond repair. As the pressure mounts—from his wife and daughter on one side and a slew of powerful politicians and wealthy developers on the other—Scottie finds himself pushed closer and closer to a life-changing moral crisis.

One of bestselling author Chris Bohjalian’s earliest novels, Water Witches is a prescient environmentalist and political drama that’s even more relevant today than it was a quarter of a century ago.
CHRIS BOHJALIAN is the #1 New York Times bestselling author of twenty-three books, including Hour of the Witch, The Red Lotus, Midwives, and The Flight Attendant, which has been made into an HBO Max limited series starring Kaley Cuoco. His other books include The Guest Room; Close Your Eyes, Hold Hands; The Sandcastle Girls; Skeletons at the Feast; and The Double Bind. His novels Secrets of Eden, Midwives, and Past the Bleachers were made into movies, and his work has been translated into more than thirty-five languages. He is also a playwright (Wingspan and Midwives). He lives in Vermont and can be found at chrisbohjalian.com or on Facebook, Instagram, Twitter, Litsy, and Goodreads, @chrisbohjalian
“Bohjalian is a master of literary suspense.”
—The Washington Post

“A writer of unusual heart.”
—The Boston Globe