The Vampire Next Door: The True Story of the Vampire Rapist (Paperback) 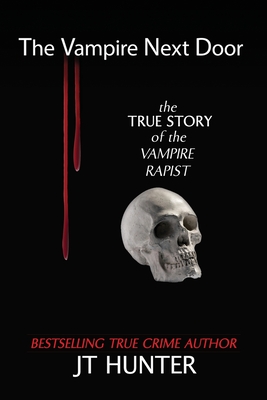 The Vampire Next Door: The True Story of the Vampire Rapist (Paperback)

John Crutchley seemed to be living the American Dream. Good-looking and blessed with a genius level IQ, he had a prestigious, white-collar job at a prominent government defense contractor, where he held top secret security clearance and handled projects for NASA and the Pentagon. To all outward appearances, he was a hard-working, successful family man with a lavish new house, a devoted wife, and a healthy young son.

But Crutchley concealed a hidden side of his personality, a dark secret tied to a hunger for blood the overriding need to kill. As one of the most prolific serial killers in American history, Crutchley committed at least twelve murders, and possibly nearly three dozen. His IQ eclipsed that of Ted Bundy, and his body count may have as well. While he stalked the streets hunting his unsuspecting victims, the residents of a quiet Florida town slept soundly, oblivious to the dark creature in their midst . . . unaware of the vampire next door.