The Sounds of Japanese [With CD (Audio)] (Paperback) 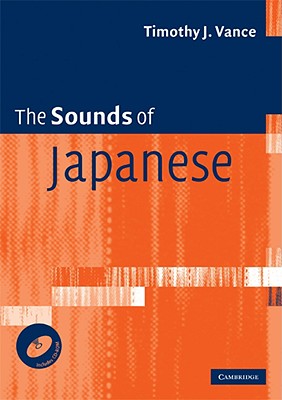 The Sounds of Japanese [With CD (Audio)] (Paperback)


Email or call for price.
This introduction to the sounds of Japanese is designed for English-speaking students with no prior knowledge of the language, and includes web-based audio files which demonstrate the sounds and pronunciation described. It explains how speech sounds are produced in Japanese (articulatory phonetics), and the system of sounds in Japanese (phonology). Topics covered include vowels, consonants, syllables, accents, intonations, and phonemics, with a wealth of authentic Japanese examples provided. Clear comparisons with English are given, along with practical pronunciation advice. All the sounds described are demonstrated by native speakers in a set of web-based audio files, and over fifty graded exercises are provided, encouraging students to put their knowledge into practice. It will be an invaluable resource for students of Japanese wishing to improve their pronunciation, as well as those studying Japanese linguistics.