The Art of Cookery Made Plain and Easy: The Revolutionary 1805 Classic (Paperback) 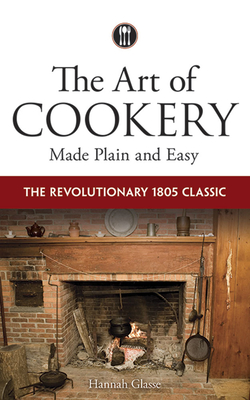 The Art of Cookery Made Plain and Easy: The Revolutionary 1805 Classic (Paperback)

A very interesting glimpse at everyday cooking in the daily life of 18th-19th century England, with many helpful tips, tricks, and recipes (for the day). The language is enjoyable and the information contained is substantial. -- Jefferson-Madison Regional Library System
Revised and republished many times since its 1747 debut, this cookbook was a bestseller in England and the United States for more than 100 years. George Washington and Thomas Jefferson owned copies, and Benjamin Franklin even translated some of its recipes into French in hopes of attaining a taste of home while abroad.
Author Hannah Glasse dismisses French cookery, the leading cuisine of her day, as inefficient for servants and middle- to lower-class cooks, citing its fussiness, expense, and waste. Instead, Mrs. Glasse focuses on standard Anglo-American fare, from soups and gravies to cakes and jellies, all simple dishes, prepared in a straightforward manner. In addition to practical advice on meat selection, carving, and basic cooking skills, this historically fascinating document offers tips on preparing food for the ill, cooking and food storage on ships, and making soaps and scents for the home. Historians, cooks, and all lovers of gastronomy will appreciate this glimpse into the kitchens of a bygone era.

Hannah Glasse (1708-70) was the author of several cookbooks, The Art of Cookery being the most successful. Forced to sell the copyright in 1754, she wound up in debtors' prison. Glasse's legacy endures, and English celebrity chef Clarissa Dickson Wright hailed her as the mother of the modern dinner party.