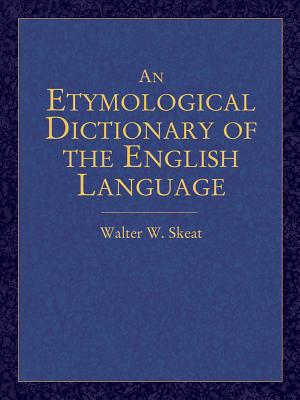 
Not in stock. At Our Partner Warehouse: Usually Ships in 4-7 Days.
Comprehensive and easy to use, this resource offers numerous cross-references that allow readers to trace English words back to their Indo-European roots. By exhibiting the relationship between English and cognate tongues, it reveals the language's basis in Latin and Greek as well as prior derivations from Anglo-Saxon and Icelandic sources.
Each entry begins with a brief definition and an exact statement of the term's actual (or probable) language of origin. An account of its transition to English usage follows, along with either a few quotations that indicate the period at which the word was adapted, or else the usual Middle-English forms. A helpful Appendix contains a glossary of prefixes, a general accounting of suffixes, a table of Indo-European roots, and vocabularies of homonyms and doublets, in addition to lists showing the distribution of the sources of English.
A standard reference for many years, this volume will prove a practical resource not only to students of comparative philology and of early English, but to everyone with an interest in the origin, history, and development of the English language.