Irish Tales of the Fairies and the Ghost World (Celtic) (Paperback) 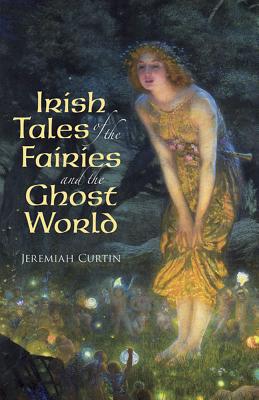 Irish Tales of the Fairies and the Ghost World (Celtic) (Paperback)

A century ago, a Smithsonian Institution ethnographer traversed the byways of rural Ireland to listen to villagers recount stories of fairies, ghosts, and other supernatural creatures. Thus did Jeremiah Curtin become one of the foremost authorities on Irish folklore, as he documented and recorded these authentic, traditional tales from the Emerald Isle.
Many of Curtin's storytellers not only maintained a sincere belief in fairies but also claimed firsthand experience of the sprites, wraiths, and specters that enliven their narratives. This volume contains 30 beguiling stories of such fairy folk, departed spirits, and other apparitions that either shun human society or take a malicious delight in meddling with the living. A bachelor's peculiar confrontations with spectral beings are recounted in "Daniel Crowley and the Ghosts," while "Fairies of Rahonain and Elizabeth Shea" tells of a phantom that comes and goes on earth, punishing her negligent kin in true otherworldly fashion. Other tales include "Tom Connors and the Dead Girl," "Maurice Griffin and the Fairy Doctor," "The Ghost of Sneem," "Tom Moore and the Seal Woman," and "The Blood-Drawing Ghost."
This appealing collection not only is a valuable resource for students of anthropology and aficionados of Celtic lore, it will provide hours of enchanting reading for all lovers of folktales.