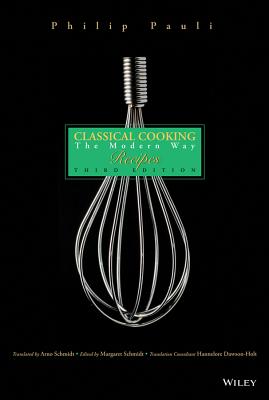 
Email or call for price.
It is now easier than ever to use this culinary classic - the standard recipe reference that generations of cooks, restaurateurs and hotel managers have relied on for a foundation in the European cooking system. You will find an encyclopedic coverage of culinary dishes from appetisers through to desserts to preparing meals in the classic European tradition. This edition presents the combined knowledge of 60 Swiss culinary experts.
ARNO SCHMIDT owns his own consulting business, which is primarily involved in concept development and commercial kitchen planning. During his illustrious career, he has worked at the most prestigious hotels in New York City, where he served as executive chef and food and beverage manager, and taught at such schools as The Culinary Institute of America and New York University.