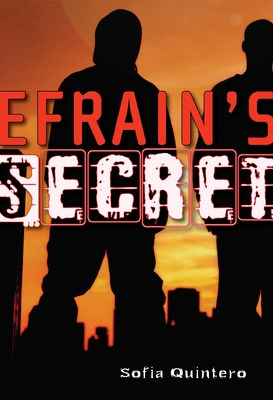 
Not in stock. At Our Partner Warehouse: Usually Ships in 4-7 Days
Ambitious high school senior Efrain Rodriguez dreams of escaping the South Bronx for an Ivy League college like Harvard or Yale. But how is his family going to afford to pay for a prestigious university when Moms has to work insane hours to put food on the table as it is? And Efrain wouldn’t dare ask that good-for-nothing father of his who has traded his family in for younger models. Left with few options, Efrain chooses to do something he never thought he would. He embarks on a double life—honor student by day, drug peddler at night—convinced that by temporarily capitulating to society’s negative expectations of a boy like him, he can eventually defy them.

Sofia Quintero makes a stunning debut writing for young adults with this gritty, complex, and real exploration of the life of an urban teen whose attempt to leave one world behind for a better one could cost him everything.
Sofia Quintero is a writer, an activist, an educator, a speaker, and a comedienne. She has written several hip hop novels under the pen name Black Artemis and also writes “chica lit” under her real name. This self-proclaimed “Ivy League homegirl” graduated from Columbia University and lives in the Bronx.
"A gritty and well-written novel . . . this stands out in the field of young adult urban novels and will be as appealing to readers as it is accomplished."
—The Bulletin of the Center for Children's Books (starred review)

"It is Quintero’s effortless grasp of teen slang that gives her first-person story its
heart."
—Booklist (starred review)