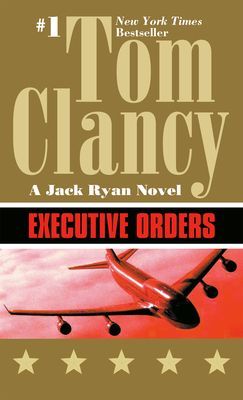 This is book number 7 in the A Jack Ryan Novel series.

The President is dead. Now, the weight of the world falls on Jack Ryan’s shoulders in this extraordinary #1 New York Times bestseller from Tom Clancy.

At the climax of Debt of Honor, the most devastating terrorist act in the history of the world left the President, the Joint Chiefs, the Supreme Court, and nearly all of Congress dead. Only Jack Ryan, confirmed Vice President mere minutes before, survived to take the reins of a shaken and leaderless country. Now he must rebuild a government, comfort a grieving nation, and become a true leader. Meanwhile, he is surrounded by enemies—both inside the White House and around the world—all of them plotting to destroy an untested President. And bring an already wounded country to its knees....

“What sets this book apart is that for the first time, Clancy has gotten inside Jack Ryan's head, finally letting us see the real person behind the super-action hero.”—Boston Globe

“There is no doubting the wizardry of his craft...he is the honest-to-God creator of an exciting genre and a consistent producer of books that thunder, absorb, and entertain.”—Los Angeles Times