Truth, Denial and Transition: Northern Ireland and the Contested Past (Transitional Justice) (Hardcover) 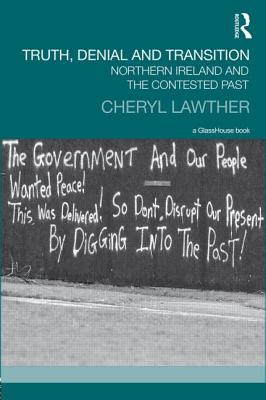 Truth, Denial and Transition: Northern Ireland and the Contested Past (Transitional Justice) (Hardcover)

Truth, Denial and Transition: Northern Ireland and the Contested Past makes a unique and timely contribution to the transitional justice field. In contrast to the focus on truth and those societies where truth recovery has been central to dealing with the aftermath of human rights violations, comparatively little scholarly attention has been paid to those jurisdictions whose transition from violent conflict has been marked by the absence or rejection of a formal truth process. This book draws upon the case study of Northern Ireland, where, despite a lengthy debate, the question of establishing a formal truth recovery process remains hotly contested. The strongest and most vocal opposition has been from unionist political elites, loyalist ex-combatants and members of the security forces. Based on empirical research, their opposition is unpicked and interrogated at length throughout this book. Critically exploring notions of national imagination and blamelessness, the politics of victimhood and the tension between traditions of sacrifice and the fear of betrayal, this book is the first substantive effort to concentrate on the opponents of truth recovery rather than its advocates.

This book will interest those studying truth processes and transitional justice in the fields of Law, Politics, and Criminology.

Cheryl Lawther is a Lecturer in Criminology in the School of Sociology, Social Policy and Social Work, Queen's University Belfast. Her article: "Securing' the Past: Policing and the Contest over Truth in Northern Ireland', British Journal of Criminology, 2010, 50, 3: 455-473 was awarded the Brian Williams Article Prize by the British Society of Criminology in July 2011, in recognition of the best article by a 'new' scholar.