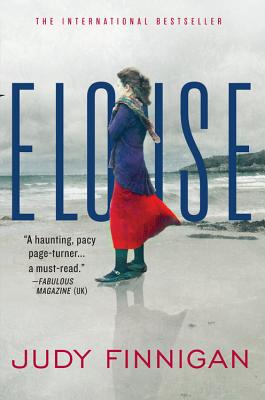 By Judy Finnigan
Email or call for price.
Special Order - Subject to Availability.

She was a daughter, a wife, a mother. She was my friend. But what secrets did Eloise take to her grave?

After her best friend Eloise dies from breast cancer, Cathy is devastated. But then Cathy begins to have disturbing dreams that imply Eloise's death was not all it seems.

With a history of depression, Cathy is only just recovering from a nervous breakdown and her husband Chris, a psychiatrist, is acutely aware of his wife's mental frailty. When Cathy tells Chris of her suspicions about Eloise's death, as well as her ability to sense Eloise's spirit, Chris thinks she is losing her grip on reality once again.

Stung by her husband's scepticism, Cathy decides to explore Eloise's mysterious past, putting herself in danger as she finds herself drawn ever deeper into her friend's great -- and tragic -- secret.

Compulsively-readable and incredibly haunting, this is the debut novel from broadcaster, journalist and Book Club champion, Judy Finnigan -- Britain's Oprah.

Judy Finnigan is an author, television presenter and columnist. In 2004, Judy's name became synonymous with discovering and sharing great fiction, through the Richard and Judy Book Club, where authors including Kate Mosse, Rosamund Lupton and Victoria Hislop were championed and brought to the attention of millions of readers. Eloise was her first novel.

"Exudes a deep and soulful sense of place. Romantic and rain-lashed, du Maurier's Cornwall haunts the pages of Eloise as powerfully as the spirit of the elusive heroine herself. A stirring and intriguing read."—Louise Candlish

"Highly readable, incredibly moving in parts, and with wonderful echoes of Daphne Du Maurier, Eloise had me turning pages late into the night."—Dorothy Koomson

"A haunting, pacy page-turner, with a real ghostly feel - a must read."
—Fabulous Magazine

"A creepy ghost story . . . the real star of the book is Judy's beloved Cornwall - a wild beautiful backdrop to the tale that is almost a character in itself."
—Bella

"Atmospheric, creepy and original, Judy has written a blinder of a first novel"
—The Sun