We Made It All Up (Hardcover) 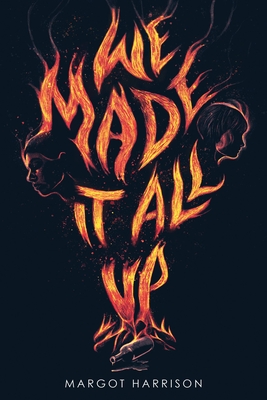 We Made It All Up (Hardcover)


Click Title to See Location Inventory
A contemporary, high-stakes thriller about how reality becomes more twisted than the fantasy novel two friends are writing when the real-life subject of their fiction turns up dead and they’re the suspects, for fans of Mare of Easttown and One of Us Is Lying.

Celeste is the talk of the town when she moves to Montana from Montreal, but the only friend she makes is Vivvy, the heir to the town’s founder and a social pariah. Inspired by a passion-fueled school incident, they begin writing a love-story fanfic between the popular guy and the school stoner, one that gradually reveals Celeste’s past. While her bond with Vivvy makes Celeste feel safe and alive again, Vivvy keeps prodding Celeste to turn fantasy into reality. When they finally try, one drunken night on a dark mountainside, Celeste is the one who ends up kissing golden boy Joss. And Joss ends up dead.

Celeste doesn’t remember the end of that night and can’t be sure she didn’t deliver the killing blow. Could she still be that scared of getting close to a boy? Secrets are hard to keep in a small town, and even Vivvy seems to suspect her. Exploring the winding passages of the cave where Joss died, Celeste learns he had his own dark secrets, as does Vivvy. The town isn’t as innocent as it appears.

Margot Harrison is an award-winning journalist living in Vermont. She is also the author of The Killer in Me and The Glare. Find her on Instagram and Twitter at @MargotFHarrison.