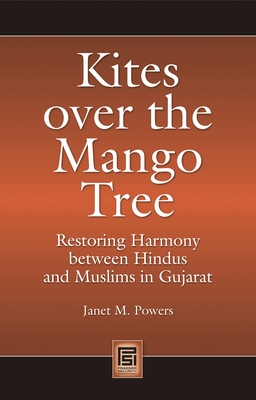 Hindu nationalists in the west Indian state of Gujarat repudiate the pluralist vision of Gandhi and Nehru and foment state-sponsored violence and ethnic cleansing against Muslims and Christians. In 2002, the burning to death of 59 rightwing Hindu militants in a train in Gujarat set off waves of state-condoned communal riots in which as many as 2,000 predominantly Muslim Gujaratis were murdered and 200,000 made homeless. In the wake of these atrocities, secular peace-building organizations have redoubled their efforts to heal the rift between Hindus and Muslims in Gujarat. A certified mediator, Janet Powers bases her book on interviews with workers in twenty of these peace-building NGOs and grassroots peace organizations, which are locked in struggle with politicized Hindu religious organizations largely funded by money raised in the United States. This is the first book to examine Hindu-Muslim relations in Gujarat in the frame of ongoing peace and conflict resolution efforts.

Gujarat is the state of origin of most of the entrepreneurial Indians who own motels, convenience stores, and gas stations in the United States and United Kingdom. Much of the funding for the rightwing Hindu parties that foment extremist violence, ethnic cleansing, and re-conversion campaigns against the Muslim and Christian minorities in Gujarat comes from Gujarati expatriates in the U.S. and UK. Gujarat is the home of Mahatma Gandhi, who was assassinated in 1948 by an agent of the RSS, a violently anti-Muslim Hindu nationalist organization that flourishes today in Gujarat in virulent association with the ruling BJP and VHP parties. Equally dangerous to the peace of Gujarat are violent Wahhabist organizations based in Pakistan but operating in India. Powers assesses the prospects for long-term healing in Gujarat based on historical precedents, and she applies the lessons of Gujarati grassroots peace-building organizations in Gujarat to zones of state-sponsored religious conflict in other parts of the world.

Janet M. Powers is Professor Emerita of Interdisciplinary and Women's Studies at Gettysburg College, specializing in Indian religion and literature. A certified conflict resolution mediator, she has worked with women's peace-building organizations in India, Palestine, Israel, Haiti, South Africa, and Estonia. She is the author of Blossoms on the Olive Tree: Israeli and Palestinian Women Working for Peace (Praeger, 2006) and a contributor to South Asian Novelists in English (Greenwood, 2003).