The Perfect Scent: A Year Inside the Perfume Industry in Paris and New York (Paperback) 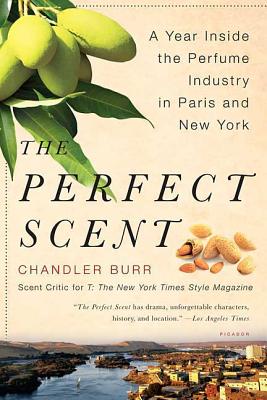 The Perfect Scent: A Year Inside the Perfume Industry in Paris and New York (Paperback)

No journalist has ever been allowed into the ultrasecretive, highly pressured process of originating a perfume. But Chandler Burr, the New York Times perfume critic, spent a year behind the scenes observing the creation of two major fragrances. Now, writing with wit and elegance, he juxtaposes the stories of the perfumes -- one created by a Frenchman in Paris for an exclusive luxury-goods house, the other made in New York by actress Sarah Jessica Parker and Coty, Inc., a giant international corporation.

We follow Coty's mating of star power to the marketing of perfume, watching Sex and the City's Parker heading a hugely expensive campaign to launch a scent into the overcrowded celebrity market. Will she match the success of Jennifer Lopez? Does she have the international fan base to drive worldwide sales?

In Paris at the elegant Hermès, we see Jean Claude Ellena, his company's new head perfumer, given a challenge: he must create a scent to resuscitate Hermès's perfume business and challenge le monstre of the industry, bestselling Chanel No. 5. Will his pilgrimage to a garden on the Nile supply the inspiration he needs?

The Perfect Scent is the story of two daring creators, two very different scents, and a billion-dollar industry that runs on the invisible magic of perfume.

Chandler Burr is the scent critic for the New York Times Style Magazine and the author of The Emperor of Scent: A Story of Perfume, Obsession, and the Last Mystery of the Senses. He lives in New York City.

“Filled with fascinating revelations about an industry built on illusions . . . entices you to marvel all the more at the power of fragrance.” —The Dallas Morning News

“An inside, Hollywoodesque account.” —The New York Times Book Review

“Burr winds his way deep into the secretive, dark, high-stakes world of perfumery, where following the scent can be hazardous to your career. . . . He smells the story in each bottle.” —Associated Press

“Passionate and captivating.” —The Toronto Star

“An appealing writer and an acute observer, [who] tells his two stories well.” —The Wall Street Journal

“Filled with fascinating revelations about an industry built on illusions.” —The Kansas City Star