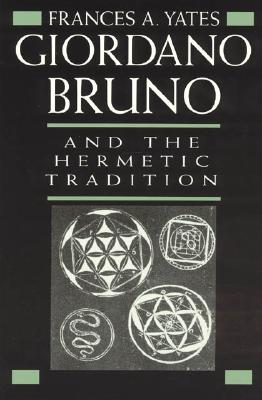 By Frances A. Yates

Placing Bruno—both advanced philosopher and magician burned at the stake—in the Hermetic tradition, Yates's acclaimed study gives an overview not only of Renaissance humanism but of its interplay—and conflict—with magic and occult practices.

"Among those who have explored the intellectual world of the sixteenth century no one in England can rival Miss Yates. Wherever she looks, she illuminates. Now she has looked on Bruno. This brilliant book takes time to digest, but it is an intellectual adventure to read it. Historians of ideas, of religion, and of science will study it. Some of them, after reading it, will have to think again. . . . For Miss Yates has put Bruno, for the first time, in his tradition, and has shown what that tradition was."—Hugh Trevor-Roper, New Statesman

"A decisive contribution to the understanding of Giordano Bruno, this book will probably remove a great number of misrepresentations that still plague the tormented figure of the Nolan prophet."—Giorgio de Santillana, American Historical Review

"Yates's book is an important addition to our knowledge of Giordano Bruno. But it is even more important, I think, as a step toward understanding the unity of the sixteenth century."—J. Bronowski, New York Review of Books
Dame Frances Amelia Yates (1899-1981) was Reader in the History of the Renaissance at the University of London. She was a scholar of hermetic and occult philosophy in the Renaissance. Her book The Art of Memory, published by the University of Chicago Press, has been named one of the most significant non-fiction books of the 20th century. Among her other books is Giordano Bruno and the Hermetic Tradition, also published by the Press.