Ecology of the Brain: The Phenomenology and Biology of the Embodied Mind (International Perspectives in Philosophy and Psychiatry) (Hardcover) 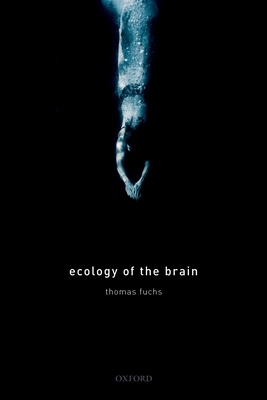 Ecology of the Brain: The Phenomenology and Biology of the Embodied Mind (International Perspectives in Philosophy and Psychiatry) (Hardcover)


Not in stock. At Our Partner Warehouse: Usually Ships in 4-7 Days.
Present day neuroscience places the brain at the centre of study. But what if researchers viewed the brain not as the foundation of life, rather as a mediating organ? Ecology of the Brain addresses this very question. It considers the human body as a collective, a living being which uses the brain to mediate interactions. Those interactions may be both within the human body and between the human body and its environment. Within this framework, the mind is seen not as a product of the brain but as an activity of the living being; an activity which integrates the brain within the everyday functions of the human body. Going further, Fuchs reformulates the traditional mind-brain problem, presenting it as a dual aspect
of the living being: the lived body and the subjective body - the living body and the objective body. The processes of living and experiencing life, Fuchs argues, are in fact inextricably linked; it is not the brain, but the human being who feels, thinks and acts. For students and academics, Ecology of the Brain will be of interest to those studying or researching theory of mind, social and cultural interaction, psychiatry, and psychotherapy.

Thomas Fuchs, Psychiatric Clinic, University of Heidelberg, Karl Jaspers Professor of Philosophical Foundations of Psychiatry Thomas Fuchs, MD, PhD, is Karl Jaspers Professor of Philosophy and Psychiatry at Heidelberg University, Germany. His main areas of expertise include phenomenological philosophy and psychopathology as well as embodied and enactive cognitive science, with a particular emphasis on non-representational, interactive concepts of social cognition. He was Coordinator and Principal Investigator of several large national and international grants, among them the European Research Training Network Towards an Embodied Science of Intersubjectivity (TESIS, 2011-2016). He has authored over 300 journalarticles, book chapters and several books. He is also co-editor of Psychopathology and editorial board member of 4 scientific journals.