The Rise and Fall of Christian Ireland (Hardcover) 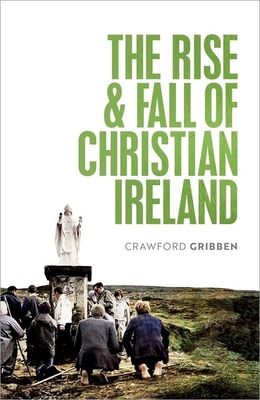 The Rise and Fall of Christian Ireland (Hardcover)


Not in stock. At Our Partner Warehouse: Usually Ships in 4-7 Days.
Ireland has long been regarded as a 'land of saints and scholars'. Yet the Irish experience of Christianity has never been simple or uncomplicated. The Rise and Fall of Christian Ireland describes the emergence, long dominance, sudden division, and recent decline of Ireland's most important
religion, as a way of telling the history of the island and its peoples. Throughout its long history, Christianity in Ireland has lurched from crisis to crisis. Surviving the hostility of earlier religious cultures and the depredations of Vikings, evolving in the face of Gregorian reformation in the 11th and 12th centuries and more radical protestant renewal from the
16th century, Christianity has shaped in foundational ways how the Irish have understood themselves and their place in the world. And the Irish have shaped Christianity, too. Their churches have staffed some of the religion's most important institutions and developed some of its most popular ideas. But the Irish church, like the island, is divided. After 1922, a border marked out two jurisdictions with competing religious politics. The southern state turned to the Catholic church to shape its social mores, until it emerged from an experience of sudden-onset secularization to become one of the
most progressive nations in Europe. The northern state moved more slowly beyond the protestant culture of its principal institutions, but in a similar direction of travel. In 2021, fifteen hundred years on from the birth of Saint Columba, Christian Ireland appears to be vanishing. But its critics need not relax any more than believers ought to despair. After the failure of several varieties of religious nationalism, what looks like irredeemable failure might actually
be a second chance. In the ruins of the church, new Columbas and Patricks shape the rise of another Christian Ireland.

Crawford Gribben teaches at Queen's University Belfast, and is the author of several books on Irish, British and American religious history. He writes for newspapers and magazines including The Wall Street Journal, The Irish Times, and History Today.