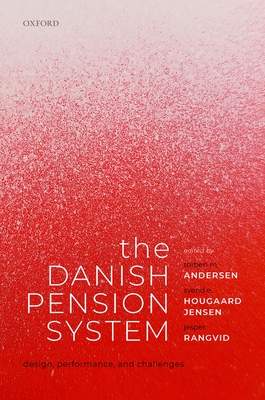 
Not in stock. At Our Partner Warehouse: Usually Ships in 4-7 Days
The need for pension reform is widely discussed against the backdrop of falling fertility rates and rising longevity. These developments challenge pension systems which in many countries already encounter problems with pension adequacy and financial sustainability. In the debate, reference is often made to Denmark as a model for pension system reform. This book offers the first coherent and in-depth description and analysis of the Danish pension system and its structure and performance. As is well-known to scholars and experts, there is a huge leap from considering general characterisations of pension systems in terms of various performance indicators to understand the structure of particular pension systems. This book aims to introduce these aspects to an international readership, explaining the structure and design of the pension system and its performance, benefit structure, regulation, critical reforms, and macroeconomic implications, as well as investment policies in pension funds in general.

Torben M. Andersen, Professor of Economics, University of Aarhus, Svend E. Hougaard Jensen, Professor of Economics, Copenhagen Business School, Jesper Rangvid, Professor of Finance, Copenhagen Business School Torben M. Andersen is professor in economics at the University of Aarhus, Denmark. He is research fellow at CEPR (London), CESifo (Munich), IZA (Bonn), and IfW (Kiel). His research mainly deals with labour market and public policy issues. He has published widely in international journals and books on stabilization policy, labour economics, public economics, and the economics of the Nordic welfare state. He has also been active in policy advice and has among other things served as chairman of the Danish Economic Council and the Danish Welfare Commission. He has been involved in policy advice for the European Commission and governments in Sweden, Norway, Finland, Canada, and Greenland. Svend E. Hougaard Jensen is Professor of Economics and Director of the Pension Research Centre (PeRCent) at Copenhagen Business School. He is chairman of Bruegel's Scientific Council, and he is a member of the Systemic Risk Council. His research has focused on monetary unification and fiscal policy in Europe, generational and macroeconomic effects of changing demographics, pensions and social security, structural reforms, and macroeconomic policy more generally. Jensen has served as a consultant to the World Bank, the European Commission, and other government agencies. Jesper Rangvid is Professor of Finance and Director of the Pension Research Centre (PeRCent) at Copenhagen Business School. In his research, Jesper Rangvid studies asset return determination and forecastability, financial crises, financial institutions (in particular asset managers and banks), international finance, and household finance. He was Chairman of the government-appointed committee that investigated the causes and consequences of the financial crisis in Denmark. He is a board member of The Medical Doctors' Pension Fund and The Medical Doctors' Pension Bank.