The Future of the Professions: How Technology Will Transform the Work of Human Experts, Updated Edition (Paperback) 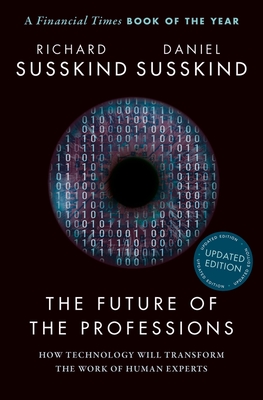 Professor Richard Susskind OBE is an author, speaker, and independent adviser to international professional firms and national governments. He is President of the Society for Computers and Law, IT Adviser to the Lord Chief Justice of England, and Chair of the Advisory Board of the Oxford Internet Institute. His numerous books include the best-sellers iThe End of Lawyers?: Rethinking the nature of legal services (OUP, 2008) and Tomorrow's Lawyers: An Introduction to Your Future (OUP, 2013). His work has been translated into more than 10 languages, and he has been invited to speak in over 40 countries. He was educated at the University of Glasgow and Balliol College, Oxford. Daniel Susskind is a Fellow of Balliol College, Oxford, from where he has two degrees in economics. Previously, he worked for the British Government - in the Prime Minister's Strategy Unit, in the Policy Unit in 10 Downing Street, and as a Senior Policy Adviser at the Cabinet Office. He was a Kennedy Scholar at Harvard University.