Dickens and the Stenographic Mind (Hardcover) 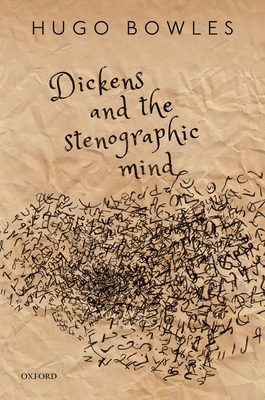 Dickens and the Stenographic Mind (Hardcover)


Not in stock. At Our Partner Warehouse: Usually Ships in 4-7 Days.
Initially described by Dickens as a 'savage stenographic mystery', shorthand was to become an essential and influential part of his toolkit as a writer. In this ground-breaking interdisciplinary study, Hugo Bowles tells the story of Dickens's stenographic journey from his early encounters with the 'despotic' shorthand symbols of Gurney's Brachygraphy in 1828 to his lifelong commitment to shorthand for reporting, letter writing, copying, and note-taking. Drawing on empirical evidence from Dickens's shorthand notebooks, Dickens and the Stenographic Mind forensically explores Dickens's unique ability to write in two graphic codes, offering an original critique of the impact of shorthand on Dickens's mental processing of language. The author uses insights from morphology, phonetics, and the psychology of reading to show how Dickens's biscriptal habits created a unique stenographic mindset that was then translated into novel forms of creative writing. The volume argues that these new scriptal arrangements, which include phonetic speech, stenographic patterns of letters in individual words, phonaesthemes, and literary representations of shorthand-related acts of reading and writing, created reading puzzles that bound Dickens and his readers together in a new form of stenographic literacy. Clearly written and cogently argued, Dickens and the Stenographic Mind not only opens up new evidence from a little known area of Dickens's professional life to expert scrutiny, but is highly relevant to a number of important debates in Victorian studies including orality and literacy in the nineteenth century, the role of voice and voicing in Dickens's writing process, his relationship with his readers, and his various writing personae as law reporter, sketch-writer, journalist, and novelist.

Hugo Bowles, Professor of English, University of Foggia Hugo Bowles is Professor of English at the University of Foggia in southern Italy and publishes in applied linguistics and language education. His recent work focuses on stylistics and linguistic approaches to literature and his monograph Storytelling and Drama: Exploring narrative episodes in plays, published by John Benjamin in 2010, was awarded the 2012 Book Prize for Linguistics by the European Society for the Study of English (ESSE).