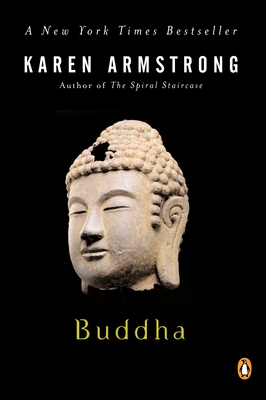 
Backordered. On Order at the Warehouse.
With such bestsellers as A History of God and Islam, Karen Armstrong has consistently delivered "penetrating, readable, and prescient" (The New York Times) works that have lucidly engaged a wide range of religions and religious issues. In Buddha she turns to a figure whose thought is still reverberating throughout the world 2,500 years after his death.

Many know the Buddha only from seeing countless serene, iconic images. But what of the man himself and the world he lived in? What did he actually do in his roughly eighty years on earth that spawned one of the greatest religions in world history? Armstrong tackles these questions and more by examining the life and times of the Buddha in this engrossing philosophical biography. Against the tumultuous cultural background of his world, she blends history, philosophy, mythology, and biography to create a compelling and illuminating portrait of a man whose awakening continues to inspire millions.

Karen Armstrong's books include The Battle for God, A History of God: The 4000-Year Quest of Judaism, Christianity, and Islam; Jerusalem: One City, Three Faiths; and In the Beginning: A New Interpretation of Genesis. A former Roman Catholic nun, she teaches at Leo Baeck College for the Study of Judaism and received the 1999 Muslim Public Affairs Council Media Award.
[Armstrong] offers a frequently inspiring look at this exemplary life... Invaluable. (Los Angeles Times)