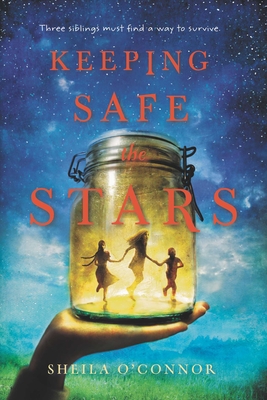 
Email or call for price.
When crisis hits, a young girl becomes the only one left to take care of her family

Pride, Nightingale and Baby are the Stars. Orphaned and living with their grandfather, Old Finn, in rural Minnesota, the children, like their grandfather, are wary of outsiders. They believe, as Old Finn taught them, in self-reliance.

But then Old Finn falls seriously ill and is taken to the hospital all the way in Duluth, leaving the children to fend for themselves. Pride, as oldest, assumes the lead. Though she makes mistakes, she keeps them afloat; they even earn money for the bus trip to Duluth. But when they finally see Old Finn, he can't walk or even say his own name, and Pride knows her days of keeping safe the Stars are drawing to a close. Self-reliance can't make Old Finn well again. But maybe, just maybe, a secret from Old Finn's past might make a way for them to stay together after all.

“With adventure, history, and even romance, it will appeal to a wide range of young readers.”—VOYA, starred review — Various