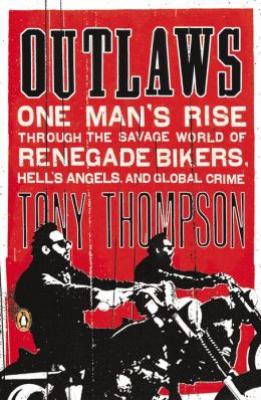 
Email or call for price.
The shocking inside story of life in a biker gang, from one of Britain’s top true-crime writers

As a member of the international motorcycle club known as the Pagans, Daniel “Snake Dog” Boone had a ringside seat to some of the most violent biker battles ever fought. When he joined his small-town club in the early 1980s, Boone could never have imagined that the ragtag group would one day grow to become a part of the Outlaws, a major gang that would challenge the Hell’s Angels for supremacy around the globe in a battle lasting decades. Through Boone’s eyes, true-crime master Tony Thompson takes us into the fray, and into the heart of a shocking subculture. Outlaws is filled with outrageous stories that will have you gasping with equal parts laughter and horror.
Tony Thompson is the bestselling author of Reefer Man, Gangs, and Gangland Britain. He has twice been nominated for the prestigious Crime Writer’s Association Gold Dagger Award for nonfiction. He lives in the United Kingdom.