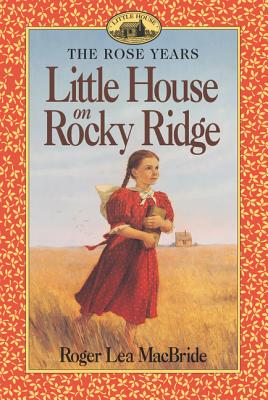 The first book in the Rose Years series, the story of the spirited daughter of the author of the beloved Little House series.

Rose and her parents, Laura and Almanzo, say good-bye to Ma and Pa Ingalls and Laura's sisters. In a covered wagon containing all their possessions, they make their way across the drought-stricken Midwest to the lush green valleys of southern Missouri. The journey is long and not always easy, but at the end is the promise of a new home and a new life for the Wilders.

Roger Lea MacBride, a close friend of Rose Wilder Lane's, was the author of the Rose Years novels.

The late Roger Lea MacBride, Rose Wilder Lane’s adopted grandson, was the author of Little House on Rocky Ridge, Little Farm in the Ozarks, In the Land of the Big Red Apple, and On the Other Side of the Hill, and the editor of West From Home: Letters of Laura Ingalls Wilder, San Francisco 1915, and Rose Wilder Lane: Her Story. He was also an active participant in the creation of the television shows Little House on the Prairie and Young Pioneers.


David Gilleece is the illustrator of all of the Rocky Ridge series titles. He lives in Point Pleasant, PA.