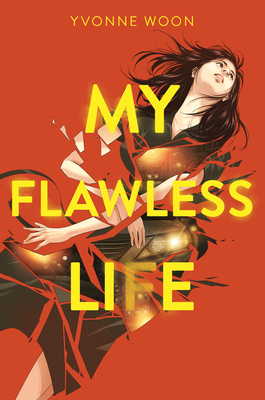 Yvonne Woon, author of If You, Then Me, has crafted a slow-burn thriller about fixing—our friends, ourselves, and our complicated pasts. For fans of Allegedly and We Were Liars, My Flawless Life features a compelling narrator who grapples with the secrets of her private school classmates as well as her own life.

At the most elite private school in Washington, DC., whenever anyone has a problem that they need to go away, they hire Hana Yang Lerner.

Hana is a fixer. She knows who to call, what to say, and how to make sure secrets stay where they belong—buried. She can fix anything. Except her own life, which was destroyed when her father, senator Skip Lerner, was arrested for an accident that left one woman nearly dead.

Now Hana’s reputation is ruined and her friends are gone. So when she gets a job from an anonymous client called “Three” to follow her former best friend, Luce Herrera, Hana realizes this might be her way of getting back her old life.

But the dangerous thing about digging is that you never know what you’ll unearth. As Hana uncovers a dark truth about her supposedly flawless classmates, she’s forced to face a secret of her own.

Yvonne Woon holds an MFA from Columbia University and is the author of the Dead Beautiful series. Originally from Massachusetts, she spent three years in Silicon Valley, where she worked as a dog walker for tech elite. Other than writing, it was the best job she’s ever had. She currently resides in Atlanta, Georgia.

PRAISE FOR IF YOU, THEN ME: "This page-turner offers a peek into the dark side of Silicon Valley and sheds light on issues hidden beneath the glitz of startup culture, including old-boy networks, unsustainable lifestyles, and the lure of promises that are too good to be true. A riveting cautionary tale."  — Kirkus Reviews

"Really, this story has it all—secrets, schemes, plot twists, a mystery aspect as we try to clue together who Xia’s anonymous online friend is, as well as a sweet romance that made my heart soar . . . An original and fast-paced story of loneliness and found family, exploitation of young minds and the power of such individuals, perfect for any reader who wants to see more women in tech!"  — The Nerd Daily