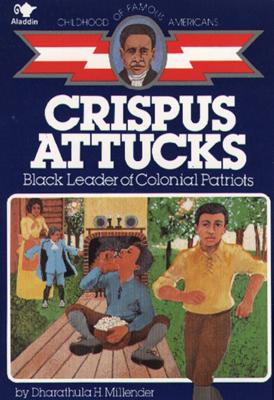 
Not in stock. At Our Partner Warehouse: Usually Ships in 4-7 Days.
Get to know runaway slave and American revolutionary Crispus Attucks in this middle grade nonfiction biography of his early years!

Crispus Attucks was born into slavery around 1723, the son of an African American enslaved person and a Natick Indian. After years of forced labor in the Boston area, Crispus escaped and began working on trading ships and whaling vessels until his death in the Boston Massacre.

This book is laced with numerous illustrations, and the back of the book includes a timeline, questions, activities, and a glossary, making it the perfect addition to a classroom or home school setting. Perfect for emerging readers, the Childhood of Famous Americans series illustrates the incredible true stories of great Americans.
Dwight Graydon “Gray” Morrow (1934–2001) was an American illustrator who contributed to many comics and children’s books. He was the cocreator of Marvel Comics’ the Man-Thing and DC Comics’ vigilante El Diablo.

Dharathula Millender was born in Terre Haute, Indiana. She earned a BS from Indiana State Teachers College and an MS from Purdue University. Mrs. Millender was a teacher and school librarian. She is the author of several books, including biographies of the young Crispus Attucks, Louis Armstrong, and Martin Luther King Jr.