An Afternoon with Senator Patrick Leahy in Burlington

at Ira Allen Chapel, The University of Vermont 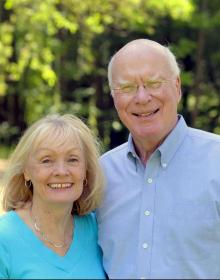 Phoenix Books and The University of Vermont are thrilled to present an afternoon with Senator Patrick Leahy to celebrate the recent release of his memoir, The Road Taken which looks back on a life lived on the front lines of American politics.  Senator Leahy will be in conversation with journalist and best selling historian, Garrett M. Graff.

As the senior-most member and de facto dean of the chamber, Senator Leahy has been a key author of the American story. Leahy established himself as a moral leader and liberal pioneer over four decades spanning nine presidential administrations.

The Road Taken is also a moving personal portrait. Born in Vermont in 1940, Leahy got his first taste of politics at age six after riding his tricycle into the Governor’s office. Twenty-eight years later he became the first Democrat and youngest person ever elected to the United States Senate from Vermont. He writes movingly of his wife of nearly sixty years, Marcelle, his family life, his beloved home state of Vermont, and his unexpected life as an actor with cameos in five Batman movies. Despite being born legally blind in one eye, Leahy became an accomplished photographer, shooting history as he witnessed it. His intimate portraits illustrate the book, showcasing history through the lens of his life.

The last of Congress’s “Watergate Babies,” Patrick Leahy was elected to the United States Senate in 1974 and is currently its most senior member. Leahy was born in Montpelier, Vermont, and grew up blocks from the State House. Senator Leahy is currently the President Pro Tempore of the United States Senate and Chairman of the Senate Appropriations Committee. He served for twenty years as chair or ranking of the Senate Judiciary Committee where he remains as the most senior Democrat. He is also the most senior Democrat on the Senate Agriculture Committee where he previously served as Chair for seven years. Senator Leahy has been married to Marcelle Pomerleau Leahy since 1962. They have a daughter, two sons, and five grandchildren. The Leahys live on a tree farm in Middlesex, Vermont.

Garrett M. Graff, a distinguished journalist and bestselling historian, has spent more than a dozen years covering politics, technology, and national security. Today, he serves as the director of cyber initiatives for The Aspen Institute and is a contributor to Wired, CNN, and Politico. He’s written for publications from Esquire to Rolling Stone to The New York Times, and edited two of Washington’s most prestigious magazines, Washingtonian and Politico. Graff is the author of multiple books, including The Threat Matrix, the national bestseller Raven Rock, and the New York Times bestseller The Only Plane in the Sky.

ADMISSION: This event is free and open to the public but advance registration is requested.  Please register below.

BOOKS:  Copies of The Road Taken will be available for sale at the event.

The Road Taken: A Memoir (Hardcover)